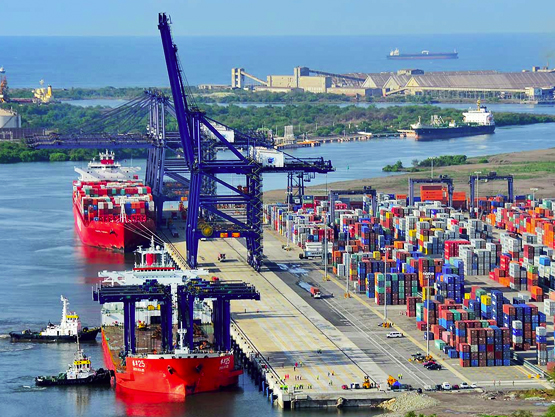 At the end of the first half of the 2015, Port Lazaro Cardenas was one million tons to get to the 50 percent of the figure referred to throughout this year, as regards the handling of cargo of goods and products, both import and export and cabotage, having managed in the first six months of the year, a total of 13 million 036 thousand 983 tons. For all the 2015 the annual operating programme (POA) of the port authority, provides for the management of 28 million 185 thousand 432 tons. En lo que se refiere a carga contenerizada, the APILAC scheduled for this 2015 reach one million 016 thousand 438 containers, and at the end of the first semester, has almost come to the 50 per cent of scheduled, having handled to the 30 last June, a total of 486,809 containers, in its three variants, import, export and transshipment, most of the Asian continent from containerized goods, with final destination to the United States of North America and the interior of the country. It should be noted that in the 2014, the total of YOUR's (for its acronym in English) managed by the Michoacan port, arrived at the figure of 996 thousand 654 containers, While in the 2013 they were a million 051 thousand 183 and the figure record so far in this field has the 2012, with one million 242 thousand 777 containers.